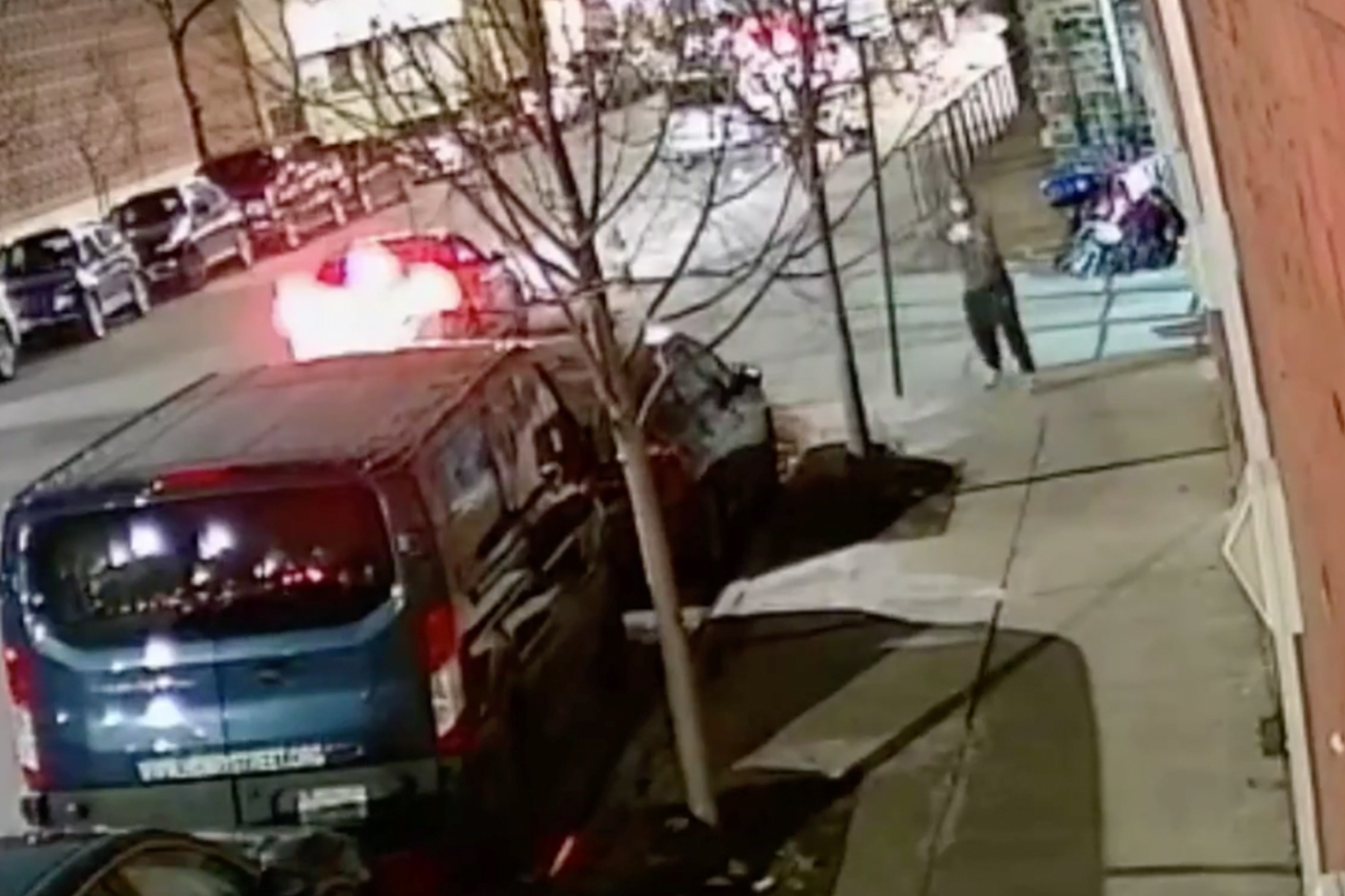 The shooter stepped out of the passenger seat of a light-colored Nissan Altima and repeatedly fired a handgun on Henry Road close to Scammel Road round 11:45 p.m., the clip reveals.

A 32-year-old man was struck within the ankle and brought to NewYork-Presbyterian Decrease Manhattan by non-public means, cops mentioned.

It was unclear whether or not he was the supposed goal, and the motive was unknown.

The shooter bolted on foot, and the Nissan driver took off, the clip reveals.

The suspect is proven in a surveillance picture sporting a dark-colored, patterned Nike hoodie, black pants and sneakers.