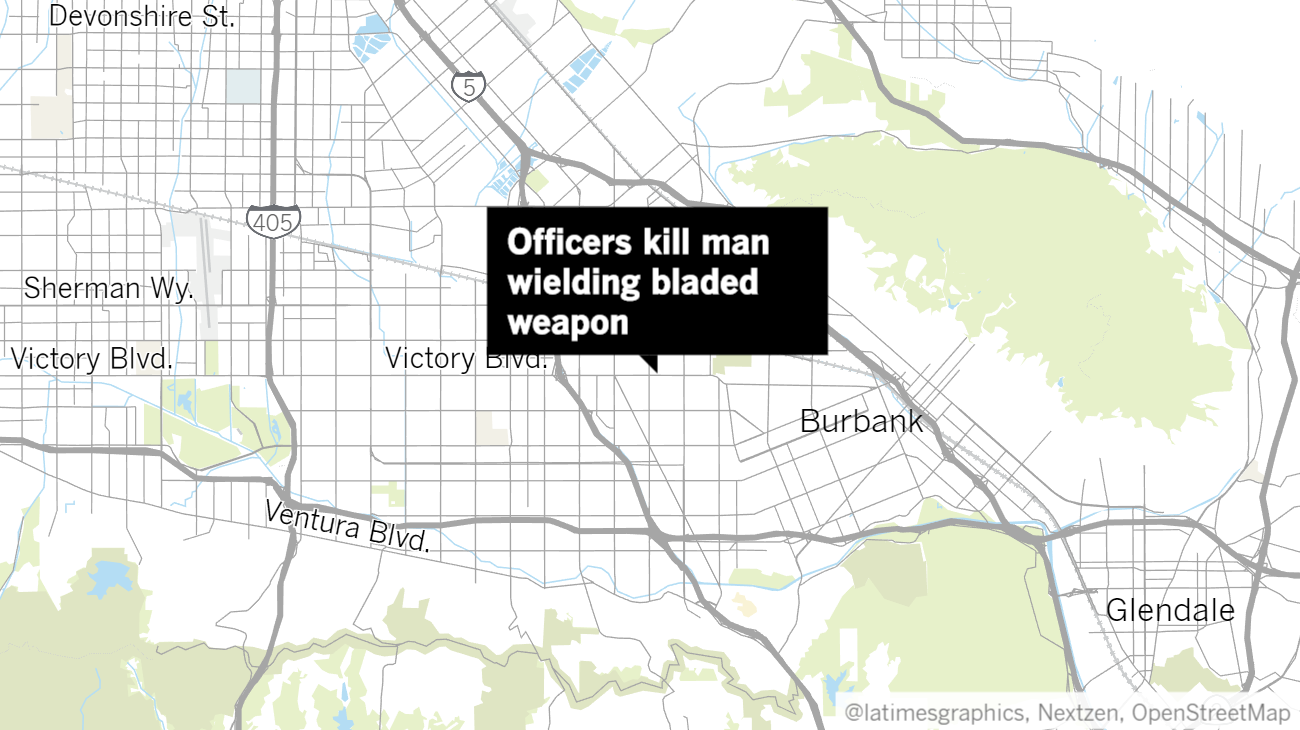 On Wednesday afternoon, officers had been referred to as to the 6400 block of Elmer Avenue for a dispute between neighbors. After they arrived, they encountered a person wielding a “sword-type weapon,” the Los Angeles Police Division mentioned.

Officers opened fireplace, and personnel from the Los Angeles Fireplace Division pronounced the person lifeless shortly thereafter, in response to the LAPD. Not one of the officers had been injured.

The identities of the sufferer and the officers concerned within the taking pictures weren’t disclosed Wednesday.

The LAPD promised a “thorough investigation” of the incident.