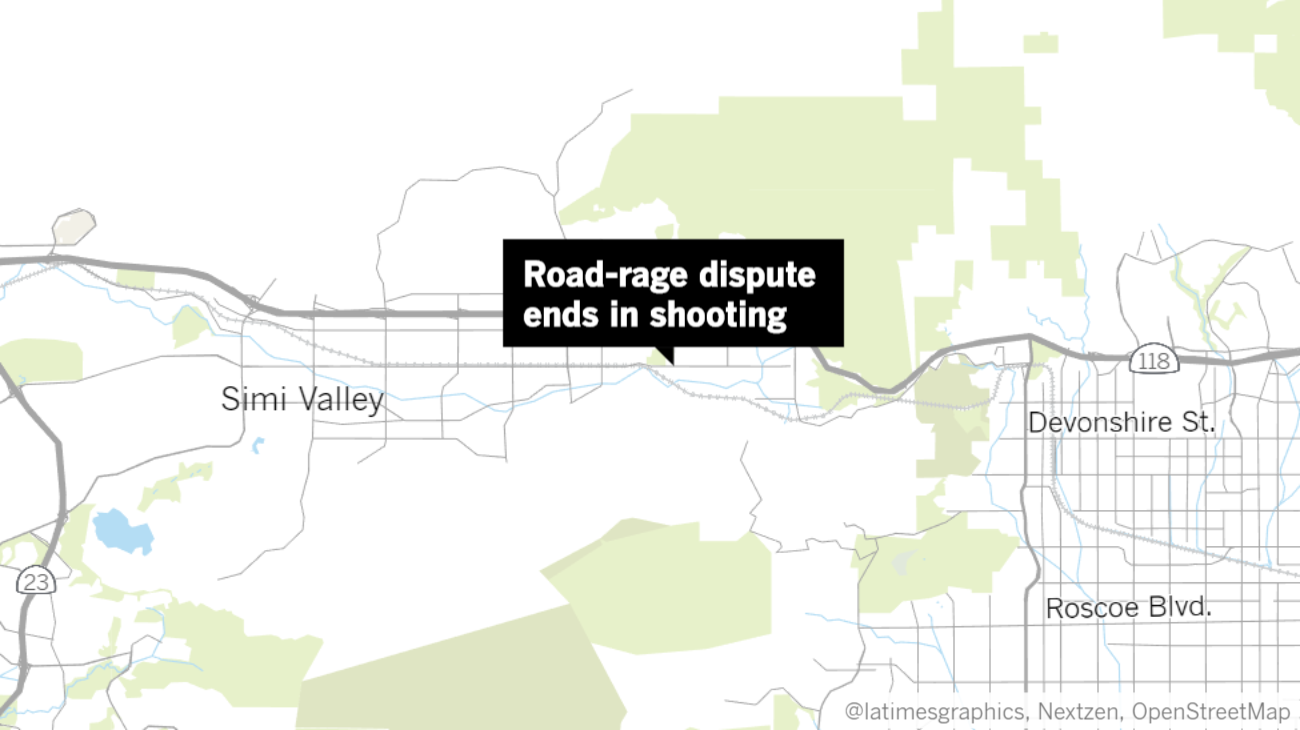 Simi Valley police on Sunday had been trying to find a motorist who shot at one other driver’s automobile in a road-rage incident, police stated.

A person was driving his automobile west on Los Angeles Avenue shortly after 2 p.m. Saturday when he tried to cross the male driver of a Toyota Tundra pickup truck as they each turned north onto Stearns Avenue, police stated in an announcement.

The person within the pickup truck, by means of his open driver’s aspect window, fired a spherical on the different man, which struck his entrance passenger door, police stated. The motive force was not harm.

The pickup truck driver then sped away and was final seen at Stearns and Cochran streets.

Police described the suspect as a person in his mid-30s with neck tattoos who was carrying a navy blue Washington Nationals baseball cap and driving a newer-model darkish blue or grey Toyota Tundra crew cab pickup truck.

Anybody with info is requested to contact the Simi Valley Police Division Main Crimes Detective Unit at (805) 583-6950.