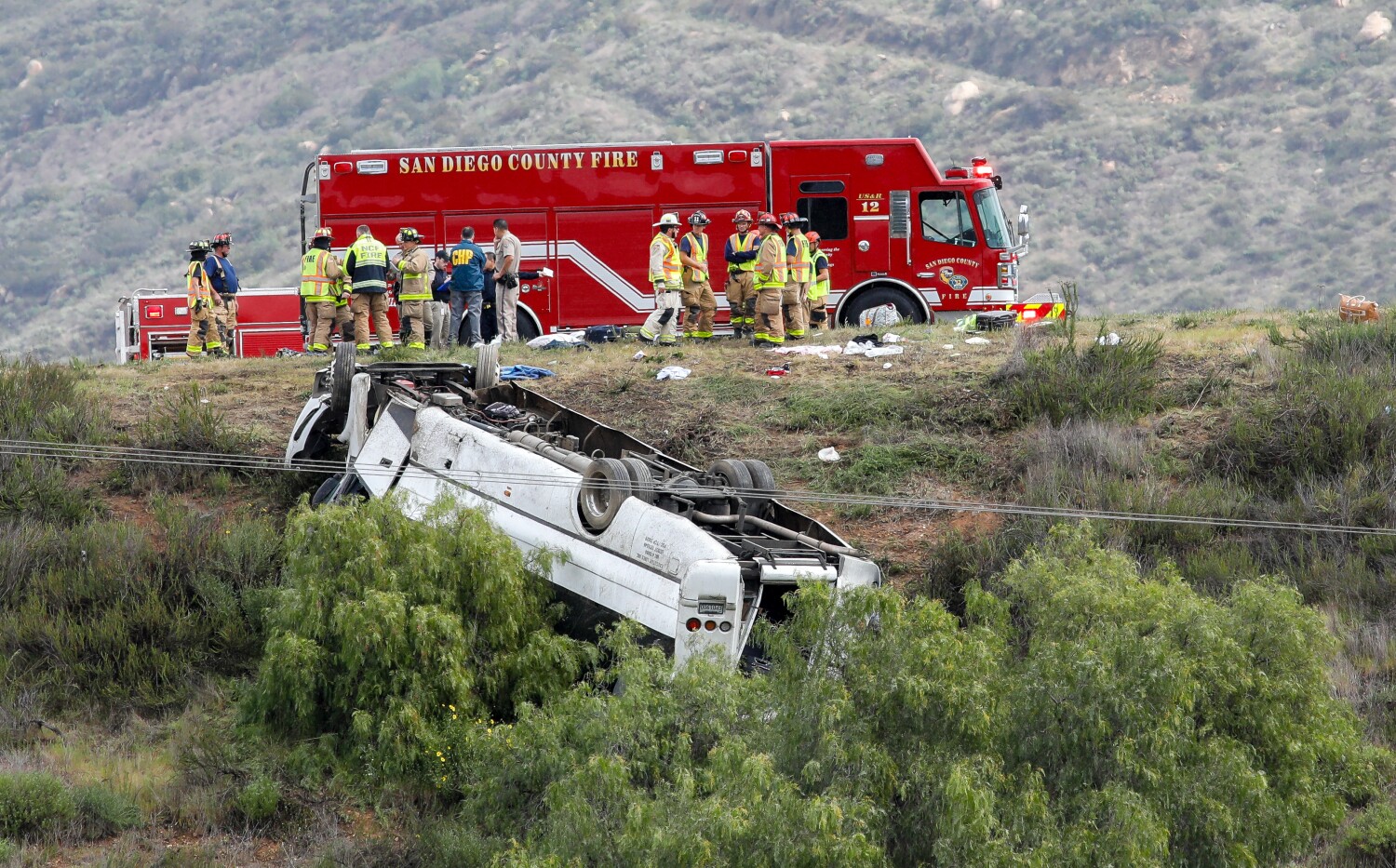 Three individuals have been killed and 18 others injured Saturday when a constitution bus veered off a rain-slicked Interstate 15 and rolled down an embankment in north San Diego County, authorities stated.

The crash occurred within the southbound lanes south of state Route 76 about 10:20 a.m., in line with the North County Hearth Safety District.

The driving force apparently swerved and misplaced management, veering off the freeway and rolling down an embankment, with the bus touchdown on its roof, stated California Freeway Patrol Officer Mark Latulippe.

Emergency employees have been despatched to rescue a number of individuals trapped within the wreckage.

Three individuals died on the scene, with one sufferer nonetheless trapped contained in the bus, stated Hearth Chief Stephen Abbott. Eighteen others have been transported to hospitals, officers stated. 4 of them have been critically wounded. Their ages weren’t launched.

The bus driver, a person from Whittier, suffered minor accidents and remained on the scene, Latulippe stated.

Hearth district spokesman John Choi stated the reason for the accident was not recognized, but it surely didn’t seem that another car was concerned. It was raining on the time of the crash, in line with CHP.

It was not instantly clear the place the bus was headed. The bus was carrying a complete of 22 individuals however had a capability to carry at the very least a dozen extra, Abbott stated. Authorities declined to establish the proprietor of the bus.

Models from Cal Hearth, Vista Hearth, Camp Pendleton and Pala assisted within the rescue, he stated.

Southbound freeway site visitors was anticipated to be sluggish and tough for hours. One lane of I-15 remained closed, in line with the California Freeway Patrol.

Crews have been working to drag the bus from the embankment and recuperate the physique nonetheless inside.

Diehl and Morgan write for the San Diego Union-Tribune