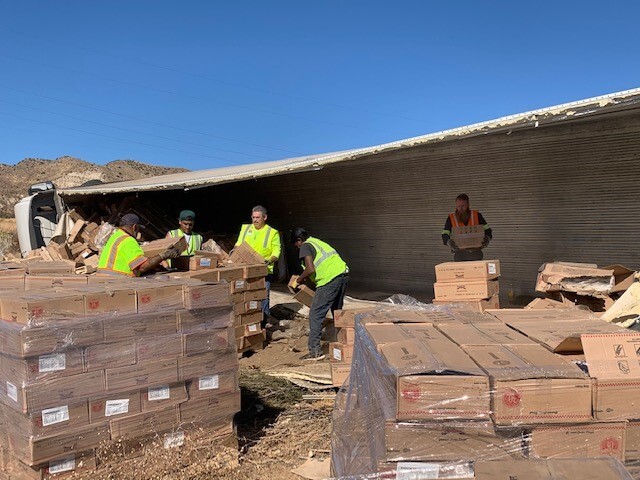 It will be sufficient to make the Cookie Monster weep.

A semitruck hauling lots of of packing containers of cookie dough overturned Thursday morning on the 15 Freeway close to the Cajon Move, sending candy stuff tumbling into the comb.

“There was so much in that truck,” Caltrans spokesperson Emily Leinen stated.

As the driving force was touring south on the 15, the truck veered to the best, although it was unclear why, Tovsen stated. The truck was later discovered to be “in good working order” with no mechanical points, he stated.

“[The truck] collided with the guardrail, slid all the way in which down the guardrail till it ended,” Tovsen stated. The automobile then careened down the embankment, the place it flipped onto its aspect.

A co-driver was sleeping within the truck’s berth on the time of the crash, Tovsen stated.

Leinen stated the driving force and the opposite individual within the truck each suffered minor accidents and had been taken to a hospital.

The crash backed up site visitors for almost 10 miles as Caltrans crews eliminated the spilled load and repaired the steel beams alongside the freeway and the truck was towed from the overpass.